Taking life one day at a time… 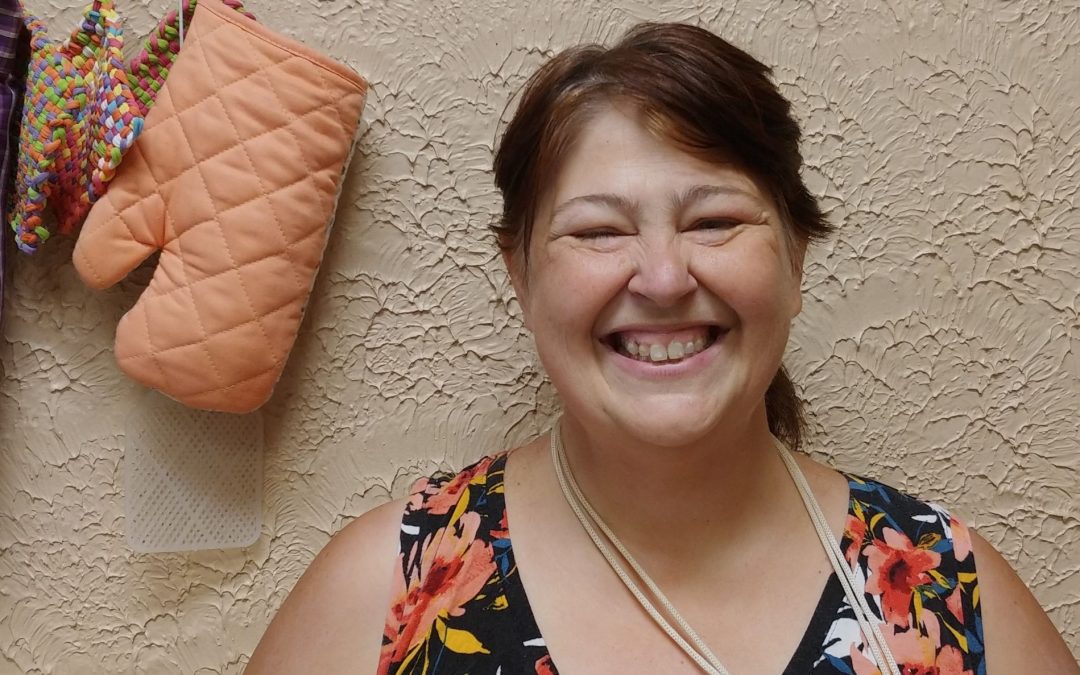 Though alcohol took over her father’s life when she was growing up, all in all Teresa says she had “a pretty normal childhood.”

It wasn’t until she married “the wrong man” and had a child on her own that the real struggles began.

“I was working and raising my son,” she says. “He became my whole life.” But when her son was a teenager, he got into drugs. Teresa tried to “cover it up” and pretend it wasn’t really a problem. But as her son grew older and his addiction worsened, he took over his mother’s life.

“We were just struggling to make it,” she remembers. “We got evicted from our apartment…and with him taking all the money, there were times when we didn’t have food.”

Even when her son became so physically abusive that she was forced to press charges against him that sent him to jail, Teresa still took him back. The last time was in 2019. “He was on the streets because I wouldn’t let him in the house. But it was 40 below.”

This time, Teresa ended up losing everything. “I got evicted. Lost all my money. That’s when a lady brought me to Faith Mission. In those two nights, I said to God, ‘You know, I can’t do this anymore. If you can help me, I am going to turn my life around!’”

“I have been a Christian my whole life, but I turned away from him in my 20’s and 30’s. I started in our Training Faithful Women program to get back into the scripture and get my life back with God.” “I can’t imagine not having Him in my life,” she says.

Today, her goal is to go back to school to become a social worker and perhaps return to the Mission to help others.

“Faith Mission has given me so much. I just want to help people and give back to those who have helped me.”

Donate to help us provide love and care to people like Teresa!