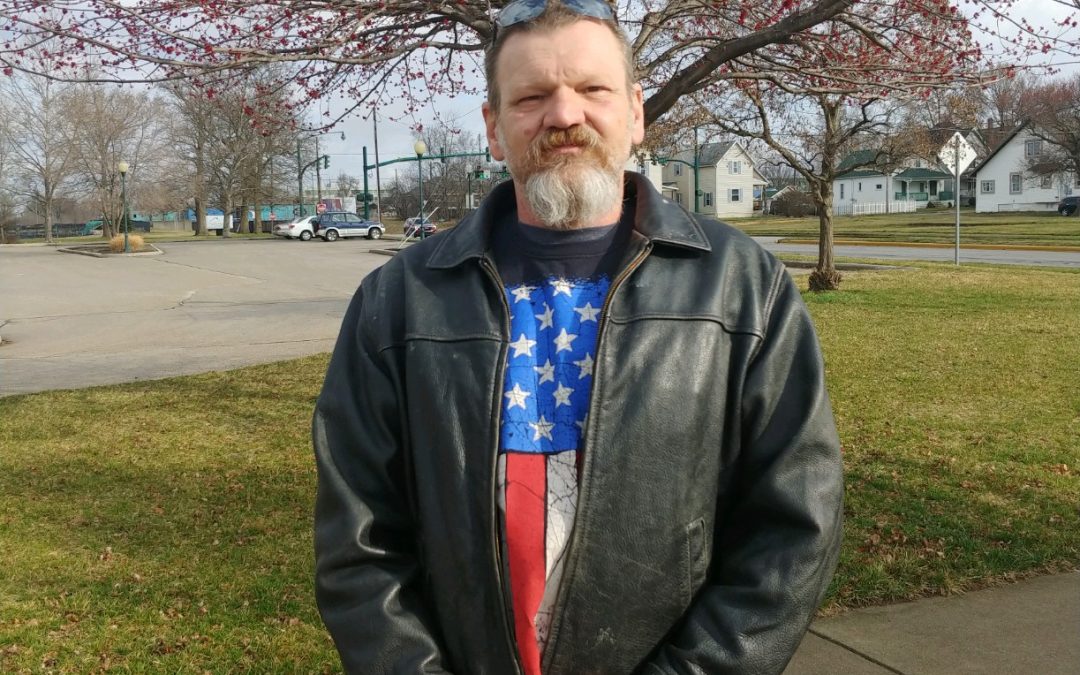 To ease the pain of losing his only son to suicide eight years ago, Robert began drinking, and was literally drinking himself to death.

It took a good friend, and memory from his childhood, to bring him to the Mission for help.Robert’s mother worked at the Marion VA Medical Center for 27 years, so Robert saw “the end-of-life results of addictions.”

Through our two-year Residential Program, Robert is taking the steps necessary to make long-term, positive changes in his life, including overcoming alcoholism and the grief of his son’s death.

He’s willing todo the work it takes to accomplish his goals. “There’s no magic wand,” he says. “And I know I won’t get my son back…but I want to fight like hell.”

“I have a path to follow for my future.”

Robert strongly believes that the friendships and brotherhood he has found here at the Mission have allowed him to become part of the “flock” –“birds of a feather that change their colors together”.

Today, Robert describes himself as “…an intelligent man with God in his heart”who is grateful for the love and friendship he has found here, and for the support of those who make this Mission possible.